Now, they are regarded as works that have made a mark in art history. That’s what people evaluate.

Their works made me think what the art is again. Duchamp exhibited men’s toilet purchased in the market in the exhibition in order break through the limit of art materials. Picasso painted a picture by distorting the form, perspective and view point of objects. Matisse made people’s view concentrate to colors by dividing the form and color of objects. They expanded their artistic horizons by shaking up the formal styles established after the Renaissance.

In 1917, Duchamp exhibited men’s toilet purchased in the market in an exhibition where anybody could submit their works by paying participation fee of 6 dollars. The work was formally received but not exhibited actually. The work remained as photo and the original work disappeared. It received the comment “When it is located at its place, it is useful, but the exhibition place is not proper and there is no ground to consider the work as art work”. Afterward, 16 replicas are created upon Duchamp’s consent.

The replicas were made based on the Alfred Stieglitz’s photo.

In 1964, 8 replicas were made, one of them was sold at 1,762,500 dollars in the Sotheby Auction in 1999. Dimitris Daskalopoulos, an entrepreneur who purchased this work evaluated “fountain” is “starting point of modern art.

Bitcoin was first mined in January 2009. Satoshi Nakamoto is said to be the person who made bitcoin, but not known who he is.

When the bitcoin price exceeds 60,000 dollars, it was controversial whether it was a bubble or not. It is important for the price to up and down but more important thing is the technical revolution achieved by bitcoin.

Bitcoin is a digital data only, it seems to be easy to copy with CTRL-C, CTRL-V but it is not actually.

Bitcoin is a digital currency but the unauthorized copy is impossible, which is proved technically perfectly. Therefore, the bitcoin is the most innovative invention in the currency history. Satoshi Nakamoto is one of the greatest one who changed the history of mankind.

Bitcoin has already established itself as an important asset. The total market price of bitcoin exceeds 1 trillion Won. A certain data says total market price of gold is 10 trillion dollars. The amount of gold which has been mined until now reaches 190,000 ton. Because the price of 1 ton of gold is approximately 55 million dollars, if multiplying these two, it reaches about 1 trillion dollars. If it is the total amount of gold in the actual market, it means the status of bitcoin gets higher to the nonnegligible level.

Even if some investors consider bitcoin as asset but some people consider them as collection. Most of the former leaves the market when the price gets lower but the latter keeps the market regardless of the price. I don’t think that the bitcoin price will fall badly for the time being. Bitcoin is like John the Baptist who widely inform the bitcoin in the world.

There is an important figure who changed the world in 2021. He is Mike Winkelman with the nickname of Beeple. He, a digital artist, connected his work with blockchain. In the Cristy Auction on March 11, his work (Everydays: The first 5000 days) is sold at whopping 69,346,250 dollars. The format of his work is JPEG file, its capacity was 319MB. On February 25, several days before that, Beeple's Crossroads was sold at 6,600,000 dollars in Nifty Gateway. Even if the digital art work is recorded in the blockchain, it doesn’t mean their copy right is protected. It just clarifies the owner of original work. It is possible to record the address where the original work is stored in the blockchain.

Satoshi Nakamoto created intangible digital currency, and Beeple experiments the sharing environment by recording the digital art in the blockchain. It is the sign in which the storm of digital era will start. 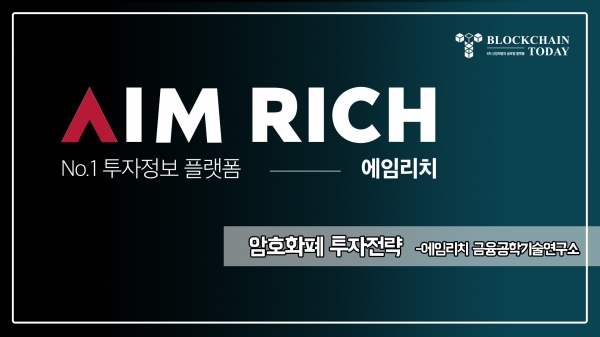